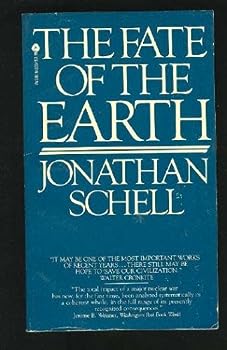 In December 2013 post entitled Schell: Complete Disarmament is the only Sane Path, we wrote about an excerpt from Jonathan Schell‘s 1982 book The Fate of the Earth which forms the nineteenth chapter of The Power of Nonviolence: Writings by Advocates of Peace .

Below are the obituaries from the AP and Democracy Now!   END_OF_DOCUMENT_TOKEN_TO_BE_REPLACED

The excerpt from Jonathan Schell‘s  1982 book The Fate of the Earth is the nineteenth chapter of The Power of Nonviolence: Writings by Advocates of Peace .  This dialogue continues the Post-Vietnam to the Present (1975-  ) section of the book.  The essay centers on Schell’s lifelong quest to abolish nuclear weapons.  The Fate of the Earth is based on a series of essays that Schell wrote for The New Yorker in the early 1980s.  It won the Los Angeles Times Book prize.

Sadly, despite the fall of the Soviet Union, Schell’s arguments for the only path to a safe world still hold.  He sees nuclear weapons as the greatest “predicament” that mankind has faced. With the benefit of current knowledge, I would argue that global climate change has overtaken nuclear weapons as humankind’s worst self-imposed threat.  Yet even at number two, the abolition of nuclear weapons must be accomplished for our survival.  I would also argue that the two are intertwined under former US President Eisenhower’s “military-industrial complex.”  END_OF_DOCUMENT_TOKEN_TO_BE_REPLACED